Enagás developed an active policy for improvement at its facilities and services to maintain the highest quality standards. This policy encompasses the renovation of its DPC infrastructure, which also sought a project whose needs and technical requirements complied with the best efficiency and reliability criteria. GESAB won the bid thanks to its professional proposal and by offering a comprehensive solution to the client’s needs.

GESAB was responsible for the project’s full execution tasks and all the installation works had to be executed in parallel with the old DPC that was still operational. One of the project’s biggest challenges was resolving the expulsion of hot air from the DPC, since ducts could not be installed through the façade and the Ecooling system could not be installed on the roof, so the equipment had to be split.

During the entire installation process, we worked continuously with the client, which helped execute a project perfectly adapted to its requirements. The project that was supposed to deliver a turnkey of both the DPC and the IT users’ technical room had the latest technology components.

Enagás puts its trust in GESAB and its own systems, such as its CCNoC aisle containment solution (which provides energy savings of around 30%), its In-Row and Freecooling refrigeration system, as well as the ADF false floor grates, components developed by GESAB to offer its clients maximum quality and efficiency for their DPC.

The design power of this DPC is 200 KW of IT consumption with a suggested redundancy therein of 2N. An independent 200 KW SIA was implemented for the DPC’s air conditioning

supply. Early fire detection systems linked to automatic extinguishing systems were also installed through GAS and all the rooms have EI-120 fire resistance.

With regard to air conditioning, the suggested system combines two technologies depending on the humidity and temperature parameters measured outside and inside the DPC. Firstly, the Ecooling system (GESAB-patented direct freecooling) was installed, which through its control governs a second In-Row precision air conditioning system.

To resolve the problem of the location of the refrigeration systems, it was decided to install the adiabatic impulse-mixing-humidity zone and the extrAction train. To resolve the extrAction of hot air from the DPC, an internal shaft was used with the consequent added complexity.

The project was executed within the established periods, despite all the difficulties created by the project at the beginning.

The result was an aesthetically impeccable DPC of high quality and technical capacity, which was also robust, reliable, very efficient and technologically prepared to adapt to any evolution.

The installation of these solutions for DPCs has encouraged GESAB and Enagás to continue executing common projects in the future. 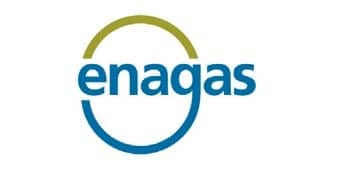 Client: Enagás
Country: Spain
Sector: Natural Gas industry
About Enagás: Enagás is an international expert in the development and maintenance of gas infrastructures and in the operation and management of gas networks. With almost 50 years’ experience, it is certified as an independent European TSO (Transmission System Operator) and has a presence in eight countries. In Spain, it is the main transport, regasification and natural gas storage company and the Technical Gas System Manager.
Espacio: 300 m2

Turnkey project, design, engineering and construction of the DPC and the IT users’ technical room.