The Enagás Data Center, developed by GESAB, received an award in the 4th Edition of the Data Center Market Awards 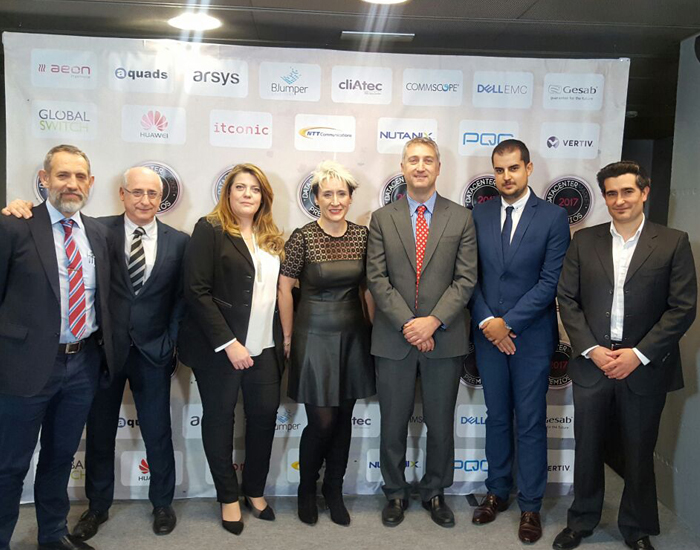 The Enagás Data Center, developed by GESAB, has received the 2017 Energy Efficiency Policy Award in the 4th Edition of the Data Center Market Awards.

This turnkey project developed and executed by GESAB included a complete update of the Data Center infrastructure that supports the company’s activities. The Enagás Data Center features 200KW of IT consumption and 2N redundancy. The project is based on a maximum accessibility modular design, which includes two independent active branches, which feature modular UPS, double generator and an independent UPS to power the cooling system.

The well-defined Enagás environmental policy drove the decision to install the Ecooling system patented by GESAB: Freecooling, which is expected to operate close to 90% of the hours of the year in weather conditions like the ones in Madrid. In addition, GESAB installed the In Row System with 2N redundancy to commute whenever it is impossible to cool the Data Center for free.

However, the big challenge of the project was to perform the updates while the facility was in operation, trying to affect its performance as little as possible, which is why a provisional power supply infrastructure of the existing panels was used. This allowed for the works in the Data Center, while in operation, and the updates to be a big success.

The decision of Enagás to implement systems and solutions developed by GESAB provided the Data Center with cutting-edge technology components, such as the hallway enclosing solution CCNOC, a direct ecooling system and an In Row cooling system, Eglon V2 racks for servers, in addition to the Air Driving Floor mesh panel raised technical floor; all of the chosen solutions offer maximum quality and efficiency for the Data Center.

The numbers speak volumes about our extraordinary results, achieving 1.2 PUE values, reducing emissions to the environment to only 212.6 CO2 Tons a year, which is equivalent to 46 trips around the world by car, and a total return over investment in less than 3.2 years.

The result is a Data Center with great accessibility and efficiency in an environment that welcomes visitors because of its aesthetics and one which is technologically prepared to accept future modifications. Enagás has managed to reduce power consumption, as well as CO2 emissions while keeping high accessibility and reliability: the ultimate balance between technology and conscious power consumption.