Three reasons to invest in a Data Center Container 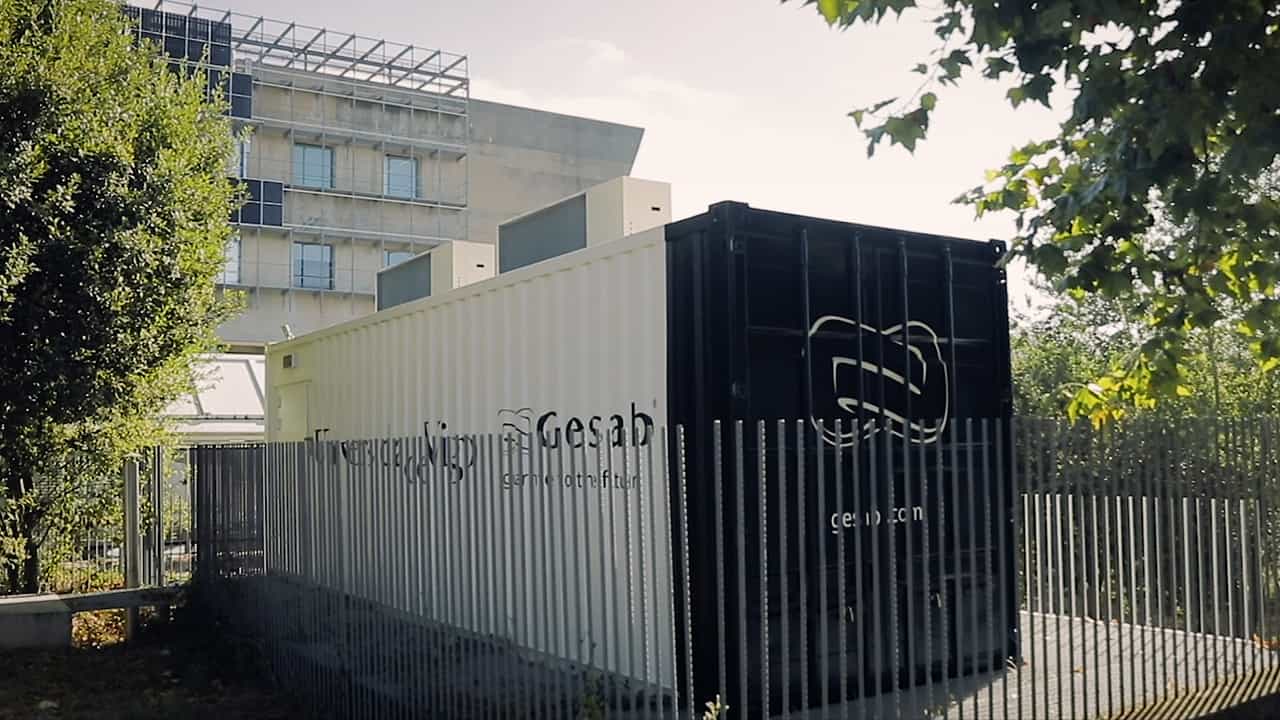 In the changing world of digital explosion where we live, one of the greatest challenges faced by a company or entity that wants to implement a Data Center, is to be correct in how to design it so that it is flexible to the demands of each moment and the possible growth of the company. In many cases it occurs with large and poorly planned investments, that must be largely discarded or require new investments to update. Therefore, the ideal is to ensure that each of these investments is one more step on which you can grow.

The Container Data Centers that GESAB has developed are a perfect solution for this kind of approach because, what can be easier than including an additional module to the existing ones?

Whether it is a totally independent all-in-one container solution or an assemblable solution with general modules of facilities that feed them, containers are the key, since they allow a lot to alleviate the initial investment and the implementation process is incredibly facilitated by cutting back on abysmally the installation periods on site and their supervision time.

One of the advantages of containers is that they take up very little footprint; inside all the facilities are perfectly planned, which is why the total optimization of the space is achieved, something essential due to the high cost of the physical space. Therefore, initially a small footprint will be occupied that will grow as a function of the increase in IT power, which can not only will be done horizontally on the same plane but can also will be done vertically by stacking the containers one on top of the other. The structure of the containers can hold more than 20000 kg, so making several floors is possible and in locations where there is no horizontal space available, this is an interesting point to take into account.

Another application of containers is the generation of Mixed Data Center. This is a hybrid concept, where the IT area is implemented in a conventional manner but the facilities area is executed inside container modules, which they also get integrated into the building structure. The advantage of this system is that when a technology change occurs or it becomes obsolete, the complete facilities module can be removed and replaced by a new one, such as a plug & play, since they can be easily transported and moved.

Definitively, all this leads to the need for more and more Data Centers, from hyperscale to Edge Computing. Data Centers are becoming a very important point of energy consumption and it is necessary to be very efficient to generate the least impact on the environment. In fact, it is estimated that more than 2% of the world’s energy generated is consumed by Data Centers and there are experts who indicate that this data is going to double every 4 years. Therefore, the carbon footprint generated by them will have a great impact on the environment, so it is necessary to work on how to minimize it using clean natural resources that do not generate pollution.

A big consumer of energy in a Data Center is air conditioning. In order to reduce energy consumption, it is essential to use freecooling technologies, which can take advantage of cold outside when conditions are suitable, being direct freecooling solutions more efficient than indirect ones, although they are usually much more complex to develop.

In this sense, containers are a perfect solution, since GESAB has carried out integrated direct freecooling solutions within the container itself.

A container located outside accesses the cold air more easily while being able to evacuate the heat to the environment easily. On the other hand, in installations inside buildings, large ducts and fans with high pressure drops are required to implement the solution; when it is feasible to carry it out, since in very few occasions it is usually in existing buildings.

By implementing containers with direct freecooling it is able to achieve energy savings of 70% or more, depending on where it is installed. Therefore, this becomes a compelling reason to coose this modular solution.

It is the responsibility of everyone who work with Data Centers to do what is in their hand to adjust energy consumption to the minimum that technology currently allows.

As previously mentioned in the text, there is a great advantage of the modular Container Data Center solution compared to the conventional one, due to the fact that the implementation and start-up times are minimal.

On the one hand, since they are solutions that have already been tested at the factory and fully finished, the follow-up time in site by the facultative management is greatly reduced and, therefore, its associated costs. On the other hand, the increase in costs due to modifications of the facilities or aspects not taken into account that are usually suffered in a conventional work inside a building is avoided. These problems due to modifications in work not only generate more costs, but also delays in the completion of the project, in addition to many headaches.

In a few days GESAB facilitates having a fully operational Data Center without the suffering and dedication that a conventional work entails. At the same time, any subsequent expansion of the project will have a much lowwer impact on the infrastructure already installed and thus no costs associated with downtime will be incurred.