The latest news for Control Centres in Exposeguridad Mexico 2018 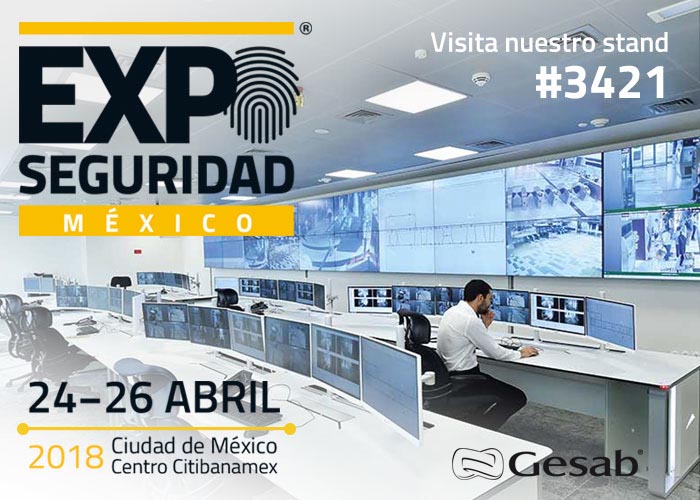 At the end of April, a new edition of Exposeguridad will take place in Mexico City, the most relevant event to learn first-hand about the latest developments in the security sector in Latin America.

GESAB will attend the meeting once again to present the new generation of the ACTEA Series consoles, its revolutionary DeskWall dynamic KVM and the latest technology in display systems.

Created to convince, the new series of ACTEA consoles has a design that speaks a new language where users are the stars and ergonomics is taken to the extreme. The new ACTEA Mission, Concept and Slide will make their appearance to welcome the future of control centres.

DeskWall is the new commitment developed by GESAB for control centres and 24/7 critical work environments. More than 25 years of experience developing projects for monitoring rooms have allowed GESAB to develop its own dynamic KVM system. DeskWall was born with the purpose of placing the user at the centre of the action and allowing the management, administration, control of equipment and information sources through a single keyboard and mouse in a revolutionary concept: the multi-canvas.

A new work philosophy that gives the operator the ability to generate, with absolute flexibility, a display space of up to 12Kh where to organise all its applications, programs, displays, apps, smart apps, web services, video IP, streaming, social networks or widgets.

And finally, the GESAB proposal is completed with the latest news for display systems such as the video-wall laser or Barco’s new Unisee. An exceptional opportunity to learn about the latest audio-visual technologies for control centres.

With extensive international experience, GESAB has established itself as a leader in Mexico in the development of projects for critical work environments such as the Money Laundering Prevention Centre of Banco Azteca, the IKUSI Operations Centre or the SOC of Kansas City Southern of Mexico among others.