Remodeling of the control center of ADIF in Valencia

The Commuter Traffic Control Center of the Valencian Community and the conventional network located in Valencia needed to carry out a comprehensive remodeling of the facilities since they had become obsolete for the rail traffic that was managed in them.

The project included the remodeling of two control rooms: the main one, the Rail Traffic Control Center, and the support one, the Energy Remote Control Center, which performs support work on the catenary to the main control room. Both share the same space but had to be remodeled independently.

The design of the control consoles was made through a customization and adaptation to the railway environment and its specific ergonomic needs of the Advantis ADN + console in which several monitors are perfectly aligned to form a single one creating a multi-screen, necessary to carry out the management operators daily.

Due to the high density of equipment, screens and electronic devices, a KVM solution was also adapted to the sector environment. In this way, it was possible to avoid installing the equipment under the consoles, in the space destined for the operators, making it easier for them to obtain greater comfort in their workstation and achieving greater safety.

The design and remodeling was complete, from electricity, technical floors or lighting, carrying out a great work of technical interior design, including dismantling of the previous installations and assembly of the new ones. In addition, the air conditioning system was integrated into a column so that the visual and aesthetic impact of the center was the best possible, adapting it to the interior design to maintain the image.

The biggest challenge encountered by the GESAB team in order to carry out the project was that the works had to be carried out hot, that is, while the operation of the center continued and the operators continued to carry out their work managing train traffic. 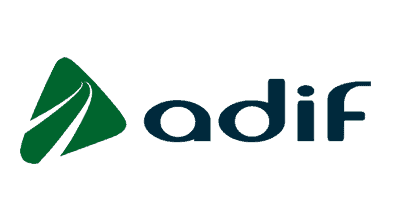 Client: Administrador de Infraestructuras Ferroviarias – ADIF (Valencia)
Country: Spain
Sector: Transport and Traffic
About Administrador de Infraestructuras Ferroviarias – ADIF (Valencia): ADIF is a public company depending on Ministry of Development and it aims the constuction of railway lines and the management of its use. ADIF is the owner of the most railways lines in Spain and manages more than 15.384 kilometers of tracks and 1.903 stations.