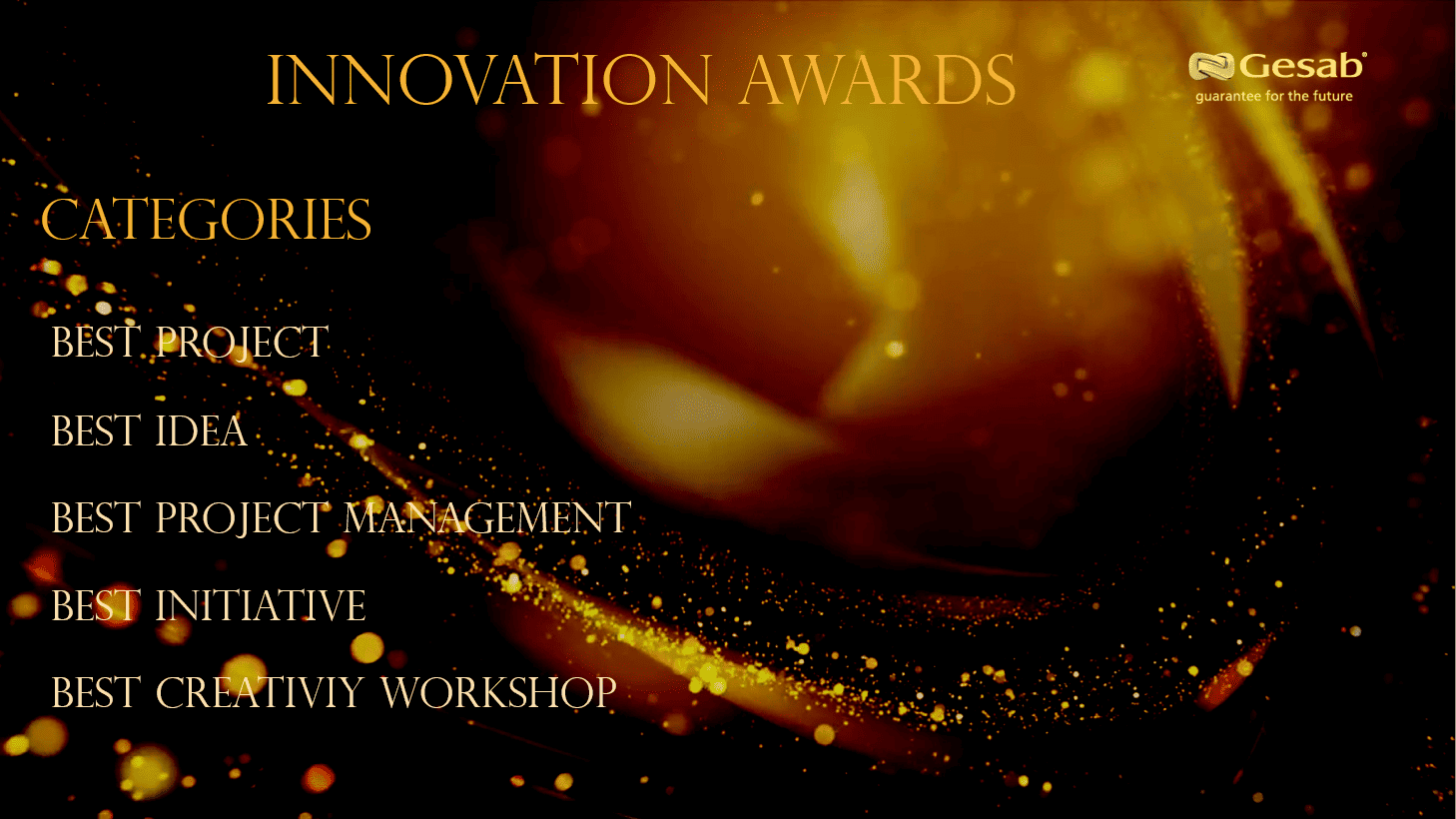 Innovation has always been part of GESAB and five years ago that innovative culture resulted in the creation of the Innovation Committee.

The objective of this committee is none other than establishing innovation as one of the main strategies on which to base the culture of the company. In the search to create new solutions or products that allow to get the most out of the knowledge, skills and experience of the diverse team of professionals that make up GESAB, each idea that, if developed, would promoted internal and external growth should be put in a common place.

Since this new initiative was born, more than eighty innovation projects have been carried out, of the more than 900 proposals received, whose objectives were based both on improvements of internal processes or policies and on the development of new products or services offered by GESAB.

Each of the proposals developed over these five years have allowed people from different hierarchies and areas of the company to work as a team, providing the group with various professional and personal points of view, which encourages them to finally be a success. Each innovation project team is composed by four or five people and is managed by the Project Leader, who manages the tasks to be carried out or the next steps and presents the progress that is being made to the Innovation Committee.

After a turbulent 2020, which has forced the establishment of new forms of work in most corporations, the need to keep their members connected and informed has been even greater. For this reason, the Innovation Committee has organized the first Quarterly Innovation Meeting, a meeting in which the bases and objectives of the Committee, the status of innovation at GESAB, the strategic axes and some of the developed projects that have been an added value for GESAB were presented to the whole company.

There are many ideas that have brought an external change through the development of products that are already a success for the company, such as the dynamic KVM DeskWall or the most powerful control console configurator on the market. Other ideas have made possible to carry out internal changes such as flexible working day, improving the work-life balance of employees.

In 2021 the GESAB Innovation Committee has also wanted to go one step further to encourage all employees to participate in innovation projects, as well as to contribute their ideas with the celebration of the 1st edition of the Innovation Awards, which will reward various categories, including the Best Initiative, the Best Project or the Best Team Management.

The commitment to innovation is part of the vision and culture of GESAB, staying at the forefront of the design and implementation of control centers and at international level.