The new ACTEA series developed by GESAB, is the protagonist of the new Dubai Transport Strategic Project Control Center of Dubai 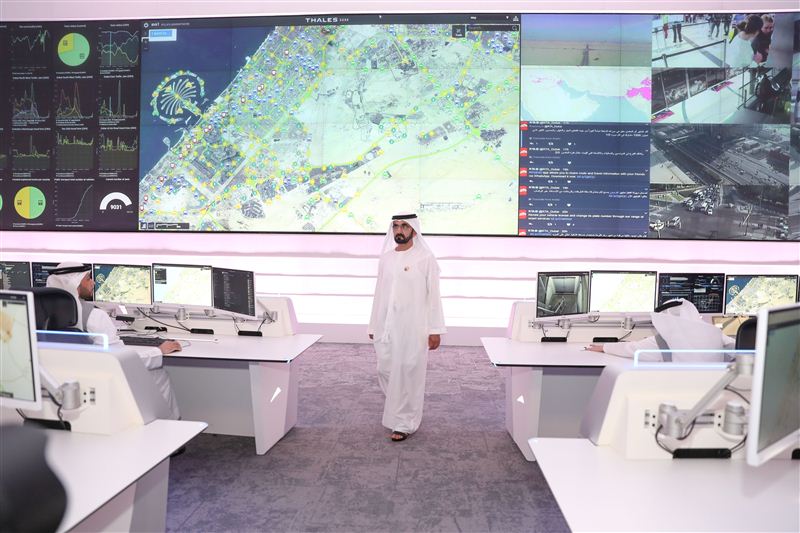 On May 22nd, Sheikh Mohamed bin Rashid Al Maktum, Prime Minister and Vice-President of the United Arab Emirates, inaugurated the Dubai Transport Strategic Project Command and Control Center. From there, the security and monitoring of the traffic of the public transport of the whole city of Dubai is controlled.

GESAB was responsible for designing, manufacturing and supplying the technical furnishings of seven rooms with a maximum capacity of 134 operators throughout the Dubai Transport Strategic Project complex for RTA (Road Transportation Authority, as well as the design, conceptualization, engineering and control of VIP meeting rooms.

RTA is the company responsible for planning and executing traffic projects in Dubai, as well as managing public transportation such as the metro network, taxis, buses and trains, among others.
Thanks to its experience and know-how, GESAB was able to offer an innovative, highly technological proposal with a very detailed design. The ability to work hand-in-hand with THALES and RTA resulted in a unique project with the best service.

The protagonists of the project were the new ACTEA series and the control console Advantis NG, with a completely customized design and adapted to the needs of the client. GESAB’s aesthetic and design, personal touch of GESAB, join the revolutionary new concept of Smart Consoles, where new signaling technologies, status and state of consoles guarantee the efficiency of control centers, generating futuristic space where technology is the protagonist.

The Dubai Transport Strategic Project, which is already at full capacity, will be particularly important in the security and traffic monitoring of the city of Dubai during the Expo to be held there in the year 2020.

The RTA Command and Control Center joins a long list of projects developed in Middle East, where GESAB is a benchmark in the sector. We have as examples the 911 Security Center in Saudi Arabia, the Muskat and Shalalahw airports in Oman and control centers for such important companies as Saudi Aramco or Kuwait Oil Company, as well as extensive projects developed for institutions and Public ministries; an international experience that makes GESAB a benchmark in the global control center market.