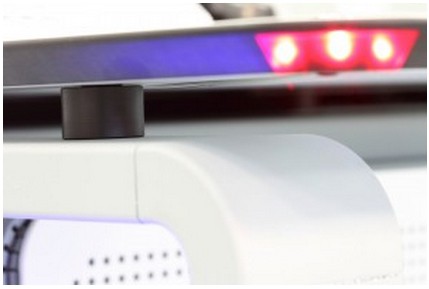 One of the great technological innovations of the twentieth century is turning 50. LED lights have become the paradigm of efficiency and effectiveness, both in the domestic and industrial environment. Not surprisingly, one of the most demanded products in GESABs solutions for control rooms is the LED rear projection videowall. Electronics Weekly takes a look back to highlight the importance of LED technology:

50 year history of the LED

Back in 1960 Electronics Weekly was born into a ferment of III-V semiconductor research that within two years would produce the first practical LED.

In 1960 Dr Nick Holonyak of General Electric was developing an unusual material, GaAsP, as a route to wide bandgap tunnel diodes.

When an infra-red GaAs semiconductor laser was demonstrated in 1962, Holonyak with his wider bandwidth GaAsP was in the perfect position to have a go at making a visible version.

With advice from GaAs laser pioneer and fellow GE employee Dr Robert Hall, Holonyak made his visible laser later in 1962.

Its this October 1962 paper on the GaAsP laser for which Holonyak became known as the father of the LED  where LEDs are defined as visible light emitters based upon minority carrier injection and radiative recombination of excess carriers.

The same material is still used to produce deep red LEDs today. Holonyak had another connection with early light emitters.

He had been John Bardeens first graduate student, the same Bardeen that invented the transistor at Bell Labs in 1947 with Walter Brattain and William Shockley.

Shockley, along with Howard Briggs and James Haynes, applied for a patent on infrared LEDs in both silicon (1.1µm) and germanium (800nm) as early as 1951.

The silicon device only appears to have worked at liquid nitrogen temperatures, but the germanium LED worked cryogenically and at room temperature.

Marconis assistant Henry Round ­reported light emission from carborundum (raw silicon carbide) and other substances in a 1907 letter to Electrical World when he was working on cats whisker detectors (diodes) for radio.

From SiC, he saw a yellowish light at low voltage, then yellow, light green, orange and blue at higher voltages on different points of different crystals. In all cases tested, the glow appears to come from the negative pole, a bright blue-green spark ­appearing at the positive pole, he wrote. Round noted a possible link between the voltage across the carborundum junction and the light emission.

No other records of semiconductor light emission are known until the mid-1920s when self-educated Russian scientist Oleg Losov also noticed light emission from SiC, as well as zinc oxide radio detectors.

No one knows if Losov had heard of Rounds observation. Light from SiC detectors could have been common knowledge.

What is known is that Losov looked deep into the subject, publishing multiple scientific papers in Russia, England and Germany between 1924 and 1930 describing the spectrum of light emission in relation to the current-voltage characteristics of SiC cats whisker diodes.

Losovs discoveries include establishing the v=eV/h formula that links diode voltage drop to emission frequency and, in 1927, he patented a light relay: probably the first reference to LED-based optical comms.

In a possible prelude to Brattain, Bardeen and Shockleys transistor work, Losov was working on an amplifying three-terminal semiconductor device during the siege of Leningrad in 1941, in which his paper on the subject was lost when he later died of starvation.

Surprisingly, this is not the first know reference to transistor-like devices as Edgar Liliendfeld filed a Canadian patent in 1925 on a FET-like device using copper sulphide, including a radio receiver design in which to use it.

Back with cold light emission, the impressively named Zoltan Bay together with Gyorgy Szigeti pre-empted LED lighting in Hungry in 1939 by patented a lighting device based on SiC, with an option on boron carbide, that emitted white, yellowish white, or greenish white depending on impurities present.

The patent does not mention junctions, and light emission is said to be related to applied voltage, rather than at a fixed voltage that even Round postulated, so this may have only been non-junction electroluminescence.

Another early character to have touched LEDs is Kurt Lehovec, who is best known for inventing junction isolation for integrated circuits when he worked for Sprague, patenting it in 1959.

Less well known is that in 1952 he applied for a patent on SiC visible light LEDs.

He appears to have grown n-type SiC doped with arsenic, then locally introducing boron with an electron beam to make p-SiC for the junction.

In the patent he speaks of activator impurities including silver, lead, manganese, bismuth, thallium, tin, copper, zinc, cerium, europium and samarium which are proposed to control the colour of light, noting blue, greenish-yellow and pale yellow emission.

Lehovec seems to have made a manganese activated SiC LED, measuring operation to over 200kHz, and proposes it be used to record the audio track down the edge of movie film.

Also worth a mention are Rubin Braunstein and Egon Loebner, working at RCA, who in 1958 patented a green LED made from a lead antimonide dot alloyed to p-type Ge.

There followed the blossoming of II-VI, III-V and IV-IV research out of which Holonyaks first GaAsP red LED sprang.

John von Neumann had theoretically considered the essential elements of a semiconductor laser in 1953, and in 1961 it had been known for some years that GaAs p-n junctions could emit photons. Research groups in the US, UK, Russia and France were all attempting to turn semiconductor laser theory into practice.

In mid-1962 Robert Keyes and Theodor Quist at MIT, and a group led by Jacques Pankove at RCA, revealed high efficiency infra-red emissions from GaAs p-n junctions  ­infrared LEDs, and combining this with a GaAs photodiode transmitted TV signals optically from a mountain into the MIT laboratory.

Following on from the MIT work, and still in 1962, Gunther Fenner under Robert Hall at GE used GaAs to make the first semiconductor diode laser.

This first laser kicked off a month of activity in which Robert Rediker at MIT, Holonyak at a different GE lab, and Marshall Nathan at IBM all made lasers.

All but Holonyaks were infrared, using Zn diffusion into n-type GaAs, whereas Holonyaks was his red-emitting GaAsP device  also credited with being the first alloy compound semiconductor device demonstrated.

Holonyak had been working on GaAsP on GaAs substrates, as well as GaAsP on GaAsP (with a different As/P ratio) substrates since 1960 for his tunnel diodes  possibly making the first hetero-junction semiconductor devices in the process.

He went on to join the University of Illinois where he became the supervisor of aspiring GaAsP LED ­researcher George Craford.

With his PhD from Illinois and inspiration from Holonyak, Craford moved to Monsanto in 1967 and with a team of researchers invented ­orange, yellow and green LEDs using GaAsP on GaAs substrates.

The key was nitrogen doping, the idea for which Craford credits a presentation by a Bell Labs researcher  Bell Labs was working with GaP LEDs, trying both ZnO and N as dopants.

Monsanto was probably the first firm to make affordable LEDs.

Craford moved on to HP in 1969, heading a group that pioneered AlGaAs for bright red LEDs and AlInGaP for bright orange and green.

By 1987 AlGaAs LEDs from HP were bright enough to replace light bulbs in vehicle brake lights and traffic lights, the first time LEDs displaced incandescent bulbs in a lighting application. AlInGaP followed in 1990, offering at least double the brightness of AlGaAs.

High-brightness red AlGaAs LEDs were pioneered by Stanley Electric in Japan, Craford told Electronics Weekly. At HP we developed our own version that were quite popular until replaced by AlInGaP.

HP also made a success of GaP materials, initially as bright green LEDs in 1993, then the next year as a transparent substrate that got a further 4x improvement in reddish-orange AlInGaP LEDs for car turn indicators.

Craford is now CTO at white LED maker Lumileds which, with Avago, is one of the two descendants of HPs LED business.

As the 1980s became the 90s, the spectrum of LEDs was completed when blue LEDs, albeit dim blue LEDs, based in SiC finally went into production from the likes of Siemens, Sanyo and later Cree.

The story now moves across the Pacific where in 1988 researchers at Nichia, a chemical company little-know outside Japan, start studying GaN as an LED material.

Just like US-based Pankove had in 1971, many could see GaNs emissive potential if only route to p-GaN could be established so a p-n junction could be made.

The best minds at the best labs in Japan were on the case when, at Nichia in 1991, researcher Masayuki Senoh succeeded where all others had failed and produced p-type GaN.

His technique was electron irradiation on a magnesium-doped substrate  not suitable for production, but enough to allow Nichia III-V growth expert Shuji Nakamura make the first p-n junction GaN LED  a homo-structured blue-violet device on a sapphire substrate.

Akasaki was a key link in the GaN work between the early RCA work and Nichia, said Lumileds George Craford. Over a decade of work he developed MOCVD growth on sapphire, and made key breakthroughs such as buffer layer growth and demonstration of p-type GaN, amongst others. that Nichia later built upon and improved.

By the end of September 1991, Nichia researcher Naruhito Iwasa discovered a production compatible way to make p-GaN  annealing Mg-doped GaN above 600°C. With the added development of Zn+Si doping by 1993 the firm was shipping blue GaN LEDs that were 100x brighter than Crees SiC types.

Iwasa also found a way to get enough indium into InGaN to pull the wavelength down to blue-green for traffic lights, and by added quantum wells the firm finally had a pure green InGaN device by the end of 1995.

Like HP before it, Nichia was a hotbed of innovation which finally led it to opened the door to white LEDs, and ultimately lighting class LEDs.

Nichia researcher Yoshinori Shimizu  initially as part of a programme to make blue die emit green  identified YAG phosphors as materials tough enough to survive in an LED. Yasunobu Noguchi then developed a gadolinium YAG phosphor that could convert blue light to ­yellow, and Kensho Sakano combined Noguchis phosphor with a blue LED die to make a white LED.

This is necessarily a condensed history, skipping several companies that made contributions, particularly in getting LED inventions into production. Many of the people formerly credited as inventors are quick to share that credit with their colleagues.