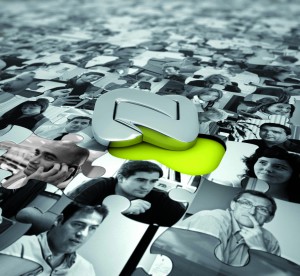 As we have been telling since last summer, the transition between 2012 and 2013 is key to GESAB. Not only because strategic projects are being defined, in Europe, Mexico and the United States, but also because a process of more than two years of research and development of a new product culminates: the most advanced and technological control console ever designed by GESAB : Advantis New Generation.

This is a conceptual piece in which five GESAB team members express how it feels to be part of such a complex process: since customers express their needs, they go to commercial, then R&D&I and the team must convince the finance guys to bet on its new business creation. Finally, returning to the customer with a solution that improves and optimizes the performance of their control rooms.

A few words that reflect the effort of more than two years of a whole team of people in Barcelona, Madrid and Mexico and whose final destination is the whole world.

In the coming weeks, the company will record the product video and develop all documentation, both technical and commercial. In fact, before being officially marketed, this new control console Advantis New Generation is already being tested at the facilities of one of the largest European companies: They want to be the first to have a control room with the new GESAB solution .

Talent and design, technology and innvation, imagination and commitment: The GESAB team found, once again, the road to excellence in order to provide clients and integrators lasting, more versatile and competitive solutions.